As follows is my final blog post on the CityRetail website/blog, which I posted a few weeks ago .  It gives some very important background re: GSP’s roots and our team’s role in the development and leasing of the ground floor in and around Kendall Square, Cambridge, MA.  Of course moving forward we’ll carry on much of the same work in Kendall Square (and beyond) through GSP and the following gives some color and context: 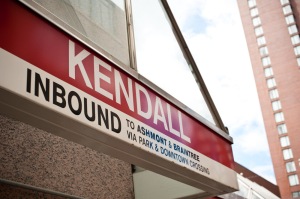 Since its inception this blog has been a story about CityRetail’s focus, Cambridge MA, retail real estate development, and place-making generally.  CityRetail itself is a six-year story that started years before I penned the first post herein on January 4, 2010 (first post here:http://www.cityretail.com/hello-world-2/) and as things stand today there is still much to talk about and more work to do.  But this will be my last blog post. I will be stepping away from CityRetail over the next few weeks and CityRetail as you know it will be changing.  Though, as I think about it, in certain ways CityRetail is actually just returning to where it started…

CityRetail (or more accurately, what would become CityRetail) started as an in-house effort by Twining Properties to lease its own 25,000 SF of retail space at the Watermark Building in Kendall Square. It has since grown into something far bigger. Over the last three years CityRetail has played a crucial role in the transformation of the Kendall Square neighborhood.  And CityRetail’s reach has extended well beyond just one 25,000 SF chunk of retail space.  The result has been that Kendall Square is, by all accounts, a significantly better and more interesting place.  As Paul McMorrow of the Boston Globe wrote this past January:

“The old, boring, dark Kendall Square is gone.  The square today is teeming with interesting, eclectic restaurants, bakeries, and coffee shops.  As absurd as it might have sounded a few years ago, Kendall is now a hot food destination.  It’s buzzing with Cambridge’s residents, students, and tech workers.  It’s drawing diners from the suburbs. A place that lay fallow for so long has been transformed almost overnight. Small, local, independent businesses have been driving Kendall Square’s dramatic turnaround.  That’s by design.”

Paul’s right — it has been by design.  And for me, personally, it has been a special endeavor that has consumed the last half-decade of my professional life.  I have gained more from this project than I could have ever expected — mentors, a mentee, friends, a healthy obsession with urban exploring, and, most importantly, a career.  But now it is time for my next adventure: Graffito SP (“SP” = Special Projects).

GSP will give me a platform to combine my passion for community economic development, place-making, food, arts and entrepreneurship under one roof. Unlike CityRetail, GSP’s capabilities will extend well beyond retail brokerage work.  With Dave Downing, who has been my trusted co-pilot at CityRetail since 2008, we will carry on much of CityRetail’s current third party advisory and brokerage work, but with a renewed focus on larger and more complex place-making projects with a select handful of clients.  Dave will remain in Boston/Cambridge full-time and I’ll continue to split time between New York City and Cambridge.  We’ll be rolling out some new initiatives in the next twelve months and making some strategic investments in real estate, staff and technology.  It’s going to be great.

CityRetail will be folded into Twining Properties and function as an in-house retail leasing group (sound familiar?).  It will spearhead retail projects for Twining Properties and Twining’s capital partners in exciting urban neighborhoods such as Central Square, Cambridge, MA, where Twining Properties recently acquired five surface parking lots and a handful of buildings spread out over 2.3 acres of land at the intersection Main Street and Massachusetts Avenue. CityRetail will move forward with the same vision that started Twining Properties down the path of creating its own retail team as it did in 2007.  In this respect, the CityRetail story is indeed returning to familiar place and, like me, is ready for its next adventure.